I’m back in the west.  I can tell by the smell of the air, by the color of the land.  By the vast open spaces.  Late summer is dry and hot, with a crispness to the night air that is telling of impending fall.  I fell in love with the west as a teenager, and my roadtrips here then were usually at this time of year.  I was glad to leave the Nebraska cornfields behind, and giddy to get into Idaho range country.  The pull of home was irresistable after crossing into Oregon and dropping down to the Columbia River valley.  It was a good trip to remember why I have chosen to live here, and will likely continue to live here.

I rolled into Greeley, Colorado on Tuesday night to meet my friend Jen. She and I met through her boyfriend while I was skiing in Jackson, WY this past January and I didn’t realize I would have the opportunity to see her until she responded to my facebook post. We had hoped to spend Wednesday climbing some of the excellent granite in the area around Estes Park, but it rained like the end of the world, and we decided to enjoy some of Fort Collins other offerings.

I'm fortunate to have two great companions for a rainy day- Jen, and an Americano from the Bean Cycle.

Fort Collins might be second only to Portland for outstanding local brew.

I got back behind the wheel on Thursday, and met a load of nuclear waste traveling across Wyoming.  I believe nuclear power is an essential component to making the transition to an all renewable energy economy, but our lack of political will about how to deal with the consequences concerns me.  Currently most waste is stored under water at holding tanks next to existing reactors, a bare bones solution that doesn’t address long term consequences (just another example of not paying for the full cost of our decisions).  This article was written 14 years ago on the subject, and not much has changed…  These guys were apparently headed to the low level waste disposal facility in Clive, UT.  Lots more interesting information on nuclear waste and nuclear power.  I know there have been a lot of links, but this one is 30 seconds and you’ll be glad you did.

You see all kinds of stuff on the road... 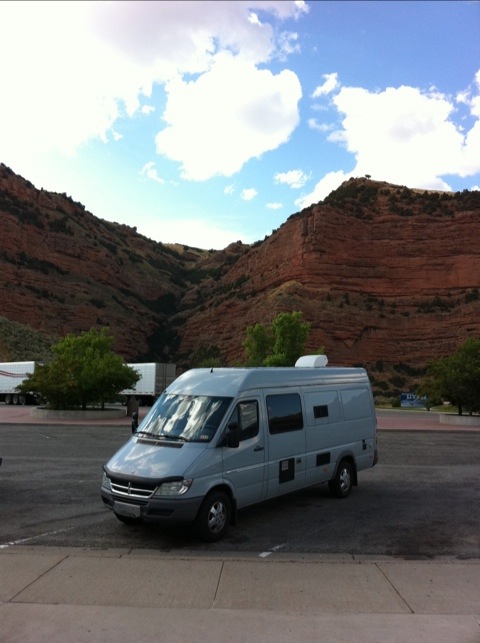 Just after the Wyoming/Utah border, even the rest stops are in Red Rock country.

I made a quick stop in Ogden to start making good on my goal to learn harmonica, and talked to my mom during an amazing sunset on the Utah/Idaho border Thursday night. 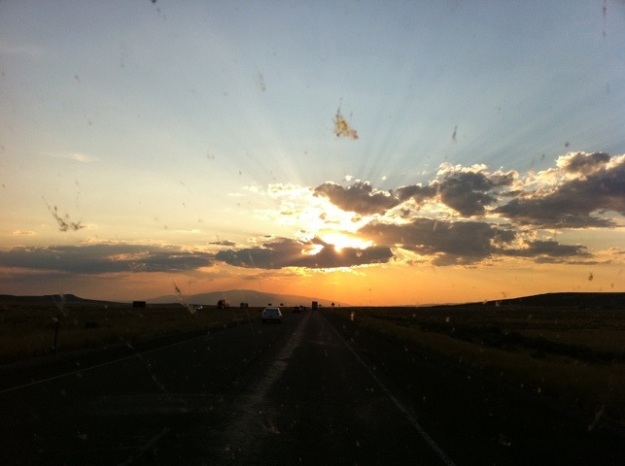 I camped at the City of Rocks National Reserve, but still didn’t get any climbing in!  I did get out for a gorgeous morning scramble though, and look forward to coming back another time with appropriate equipment.

Good to get the lay of the land, this place is off the map.

It was hot in Idaho, really hot, and I started to feel a distinct pull for home.  Originally I had planned to meet the owner of the van for a day of climbing in eastern Oregon, but when I crossed the border back into the home state, I knew where I was headed.  I turned up the techno and rolled into Portland around 8pm last night.  More thoughts on exactly what rolling into Portland felt like coming soon.