It’s snowing in Missoula tonight- and while I am actually unreasonably excited about that, it feels like fall disappeared in the blink of an eye. Fortunately, rock climbing is never out of season.

I hit the farmer’s market on Saturday, then boogied to Mill Creek with Ky. The forecast wasn’t exactly inspiring.

Things you don’t want to see while on route.

Ky took the first lead on his sexy new Sterling rope, and despite his freezing extremities, turned right around, pulled the rope, and handed me the sharp end. They were my draws, so up I went. It was blowing snow steadily as I rapped down, and we headed for home after one route.

I almost didn’t head out again Sunday, but the skies looked much nicer. I had hoped to get out with Steve again, but he was being a responsible adult (taking care of his house, spending time with his amazing son), so I met some other fine folks that I haven’t climbed with nearly enough. Mostly though, I almost backed out because these kids climb hard. Harder than me, and harder than most of the people I climb with. While I’ve been trying to push my grades on my own, there’s no better way to really step up than going out with a motley crew of folks that really expect quite a bit more from you. I was sincerely glad I went, because we had a perfect day on our own private crag at Bass Creek… 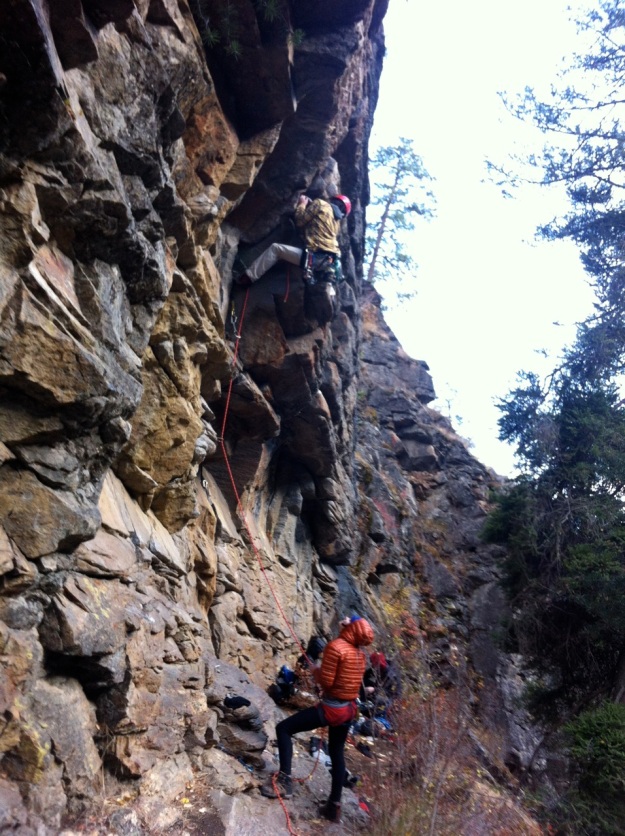 Cole gets up close and personal on an obscure trad line. 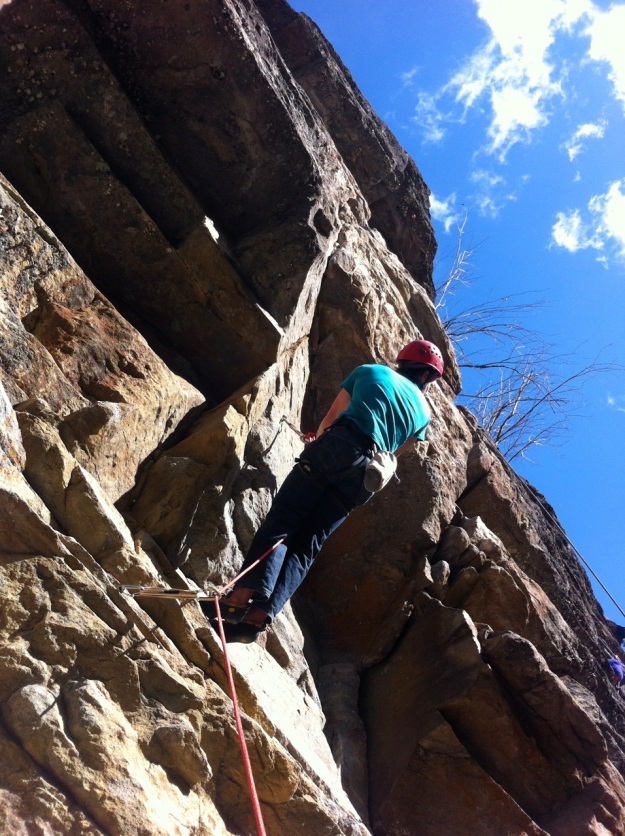 Mr. Sulock sorts out the sequence.

We made sure my new rope worked when I headed up the 11b, but the support of stronger climbers goes a long way, and after grabbing a draw (to avoid a really nasty fall into a horizontal knife), I pulled the rope and fired the moves on the second try. 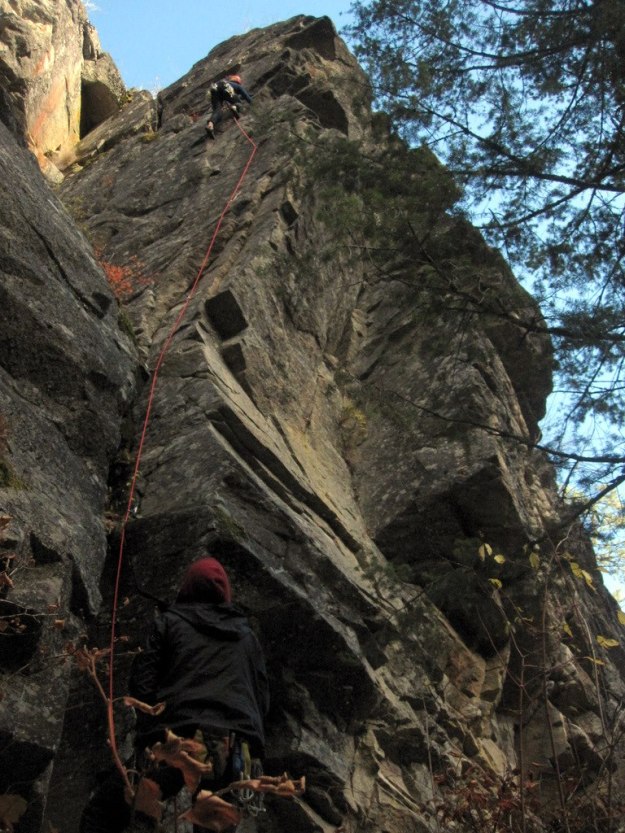 We all wrapped up on a stupid fun arete climb and was home in time to cook for the week and do some non-profit work. As much as I will miss rock climbing season, it’s just about time to swing my tools…