Despite a dismal forecast on Saturday, I coerced Ky into heading out to check on ice conditions in Finley Creek, just north of Missoula.  Last year, this area provided an important training ground for getting regular time on my tools.  It’s been really warm this fall and while I was hoping the north aspect would hold at least semi-formed climbs, I really wasn’t sure what to expect.  The photos tell it all-

The black streak is where the GrainEater is supposed to be- taken yesterday December 2, 2012. 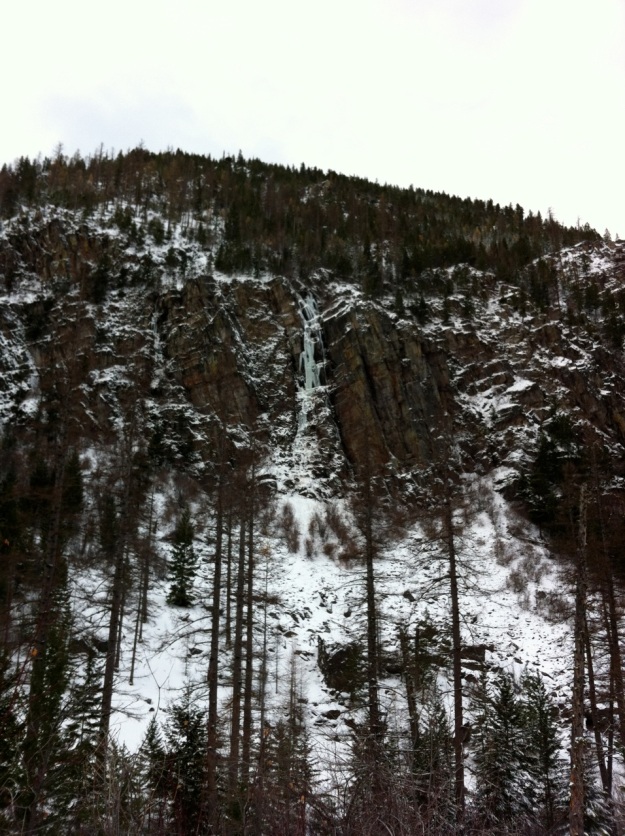 This was taken from the same vantage point (approximately), on Nov. 27, 2011.  While this is thin compared to what the climb would be, it was fully climbable at this point in the season last year.

There was almost no trace of ice in Finley Creek on Sunday- a few wisps of ice hinted at the location of the climbs, but nothing that even resembled a “route”.  It seems reasonable to say that we are 3-4 weeks behind last season in route growth.  We spent most of our time hiking in a 40 degree rain storm.  Ski conditions are marginal, and “unseasonably warm” almost seems like a misnomer because it’s hard to be sure what season we are actually in.  It sure seems like the planet is telling us something. 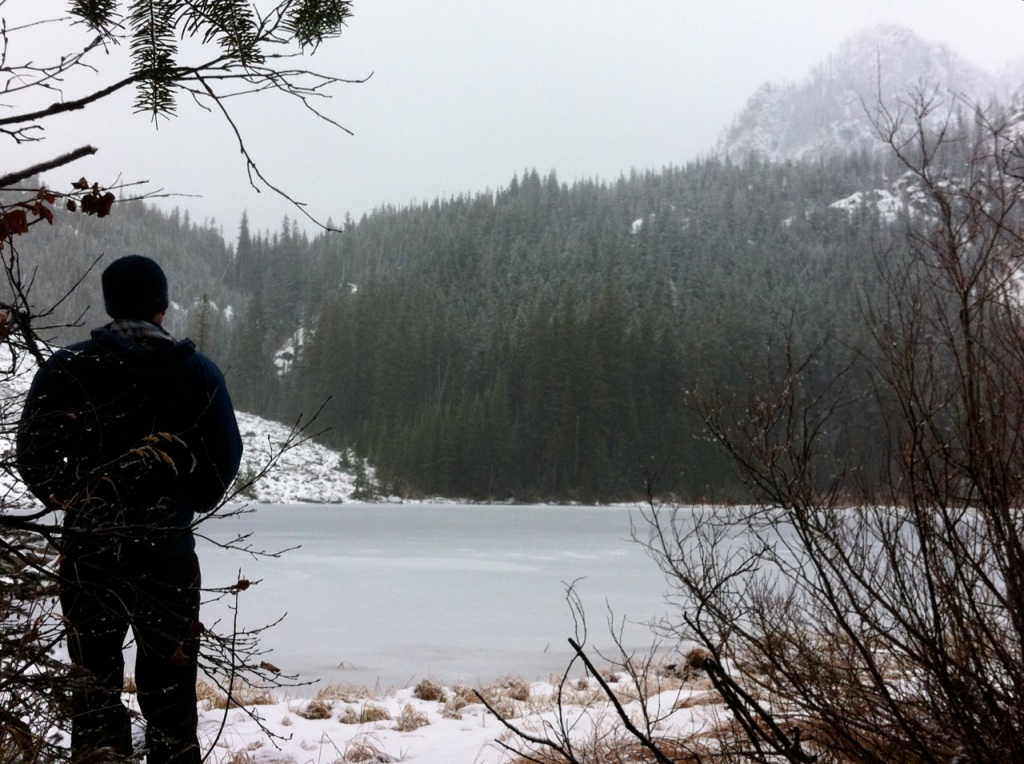 Several hundred vertical feet and a two miles up the canyon we finally found some semblence of winter, but only barely. I made it to the lake in trail running shoes.

Whether or not there is ice in the hills around Missoula in December isn’t alone an indicator of climate change- I won’t pretent that for a minute, but with plenty of other evidence around, it seems plausible there might be some connection to my little backyard ice playground.  The lack of societal concern about climate change is thoroughly frightening to me.

Last night I saw a I saw a short piece from the Rachel Maddow show that aired just after the elections last month (really, click the link).  I couldn’t agree with her more.  For all the junk science, and political posturing we’ve been exposed to, and which I’ll try not to propagate here, I think she hits the nail on the head- “There are real problems in the world. There are real knowable facts in the world. Let’s accept those and talk about how we might approach our problems differently. Let’s move on from there.”

(Ed. note- This was not the post that I had aspirations of writing, but I wanted to get the photos up.  More on this train of thought hopefully later this week)