This trip has been in the making for a long time- I’ve never spent this much time with my brother and his family, and it’s been nothing but good.  Beyond that though, I’ve spent the last week with another wonderful friend, mentor, and human being.  I haven’t written about Andy Lemann very much, but he’s probably been one of the most important people in my life in the last year.

On the way down from the Blue Mountains.

He got me the job that I work and love at Energetechs.
He showed me around Missoula when I didn’t know anyone else.
He’s taught me more than anyone else about architecture, dancing with beautiful women, and simplifying my life.

This is Andy’s country, and he knows all the best parts- Kangaroo Valley.

And in September, he taught me quite a bit about family when he left Missoula and moved back to Bowral, New South Wales, to take care of his aging parents and reconnect with the community he left almost 25 years ago. 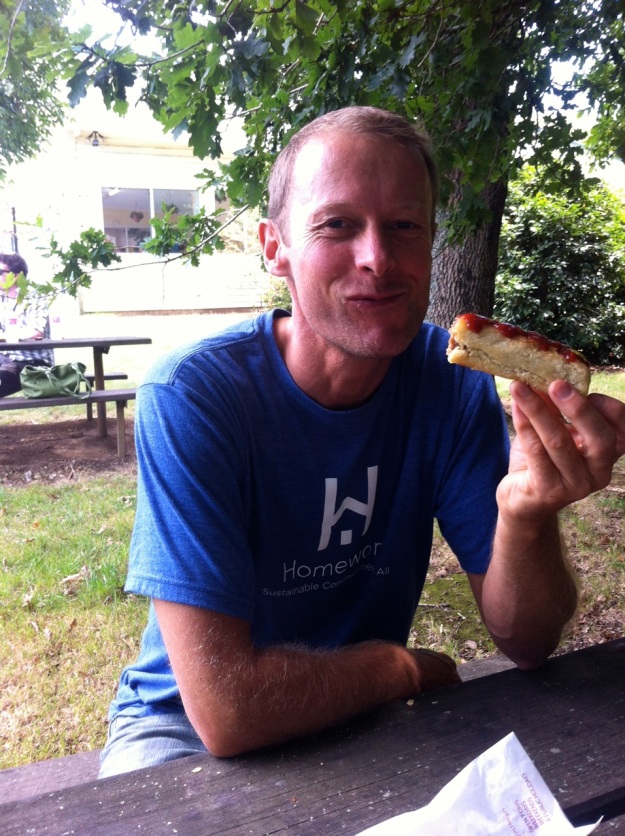 Rural towns are eager to have something to be proud of. In Robertson, that’s a giant concrete potatoe…

Bowral sunsets from the kitchen sink are not to be missed.

Andy picked me up in the Blue Mountains last Tuesday, and we celebrated his father’s birthday on Wednesday in Bowral.  I found a cello, cranked out a performance of a Bach Suite and Andy and I quickly re-arranged a bunch of the tunes that we had performed together last summer- his father couldn’t be more pleased.  More than anything though, Andy loves the beach, so Thursday afternoon we hitched a dinghy to the truck and headed for Shell Harbor- at which point we started breaking shit. 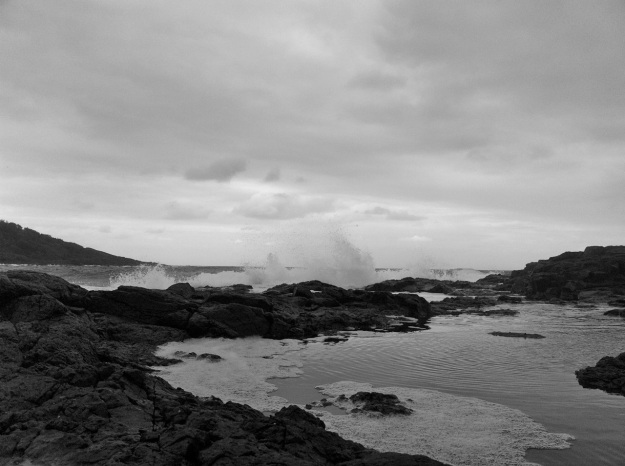 Surf! For a little bit.

Andy gave me an awesome surfing lesson, until I got washing machined on some rocks and cracked a fin off his brand new surfboard (but not before I finally, finally got to stand up on top of a wave).  Friday morning we went sailing, until we jibed south, and the mainsail boom snapped in half like a toothpick.

The cockpit cover tore, the bilge pump gave out (momentarily), and we managed to almost overload the dinghy (twice).  I only narrowly avoided driving on the wrong side of the road… twice.

“Bloody hell the boom broke!” It’s a unique feeling that…

We had hoped to sail and surf more, but with our toys in disarray we got a box of wine and hopped a train to Sydney.  Andy’s grandmother owns a place in Double Bay, one of the most desirable parts of Sydney Harbour and Andy was eager to share their little slice of heaven with me.  While it was truly a rare opportunity, my body had the last laugh because I spent the one night we had at the house writhing in pain from the wisdom tooth that decided to erupt through my gumline.  Andy naturally, took care of me with utmost compassion, and sent me on the way with family Sunday afternoon.  Thank you my friend, for amazing times here, and wonderful friendship always. 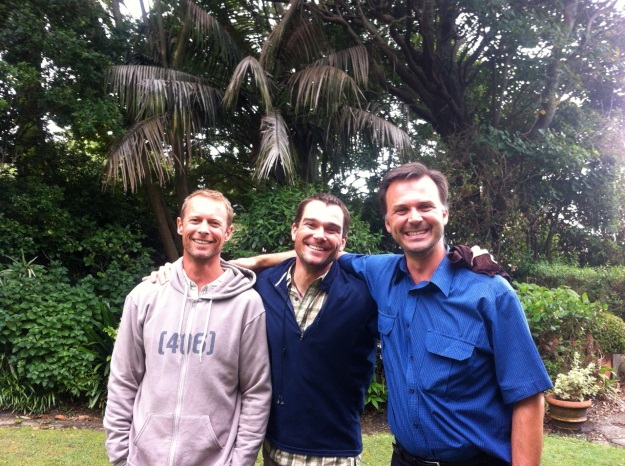 I’m back in Turramurra (north of Sydney) for the last few days of holiday, eating liquid food, and sorting out what other fun I can have while clutching an ice pack to my jaw.  I’ll be trying to get some larger photo albums posted on my Picasa site, and will post links shortly.