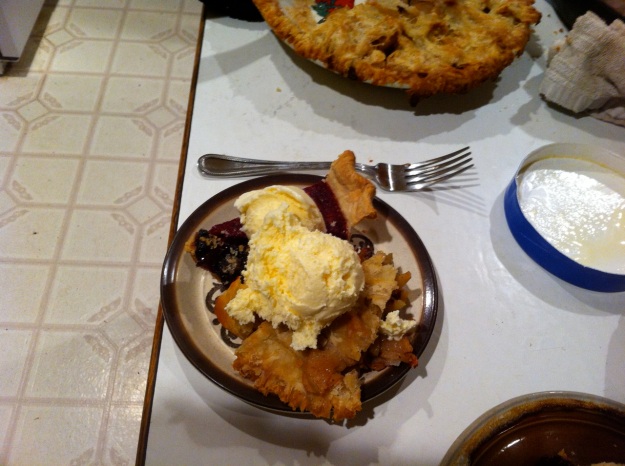 Why does pie say more about Thanksgiving than turkey?

Thanksgiving has long been my favorite holiday, and not just because of the pie. The latency in posting about it was more about the fullness of the giving rather than the lack of things to give about. Per typical, there was a lot of eating. Thursday morning, Paul and I went for a run with Ky and Amanda (in from Bellingham!) and Brian, Jenna, and Claire at Blue Mountain. After cleaning up and cooking, we both headed to Harlequin Farms in Arlee. I got my winter share vegetables from the farm and a few friends were gathering to celebrate. When all your friends are foodies, Thanksgiving turns out awfully tasty… 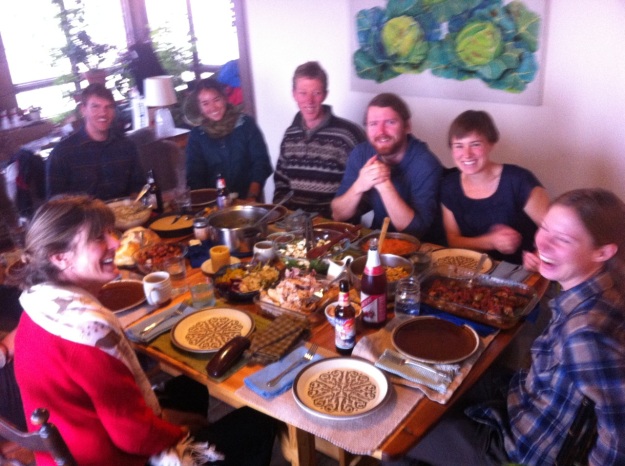 Our stay changed from an afternoon into two days because, well… it was awesome so why go home? 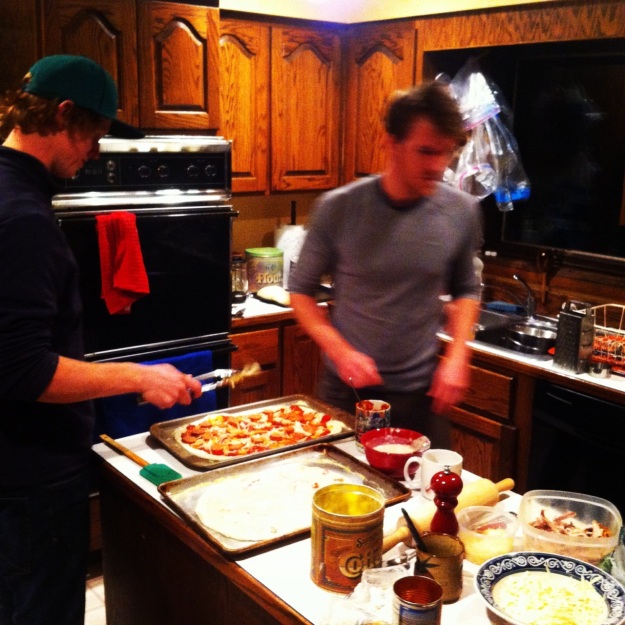 Part 2- home-made pizza factory. Simon and Paul get after it.

After all the eating though, I needed some movement. Bad weather meant that I spent Saturday with Ky (in from Bellingham!) and Brian and Simon in the climbing gym instead of outside, but with that quality of people- I had no complaints. Sunday was a little more typical, with another short gym session and the real treat of seeing “Catching Fire” in the theater.

After the long weekend and pre-holiday professional potholes smoothed over, work felt more relaxed. When Martin pointed out that Lost Trail was going to have an epic opening, I took it as a sign to take things a little less seriously. Thursday was way better spent in the mountains than at my desk. I don’t often resort ski, but it was -11F when we left the car at 9am, and I was thankful for a warm lodge to duck into between runs. The day never got much above zero, but the snow was perfect, and I was psyched to have two solid companions (Paul jumped at the offer of a ride). 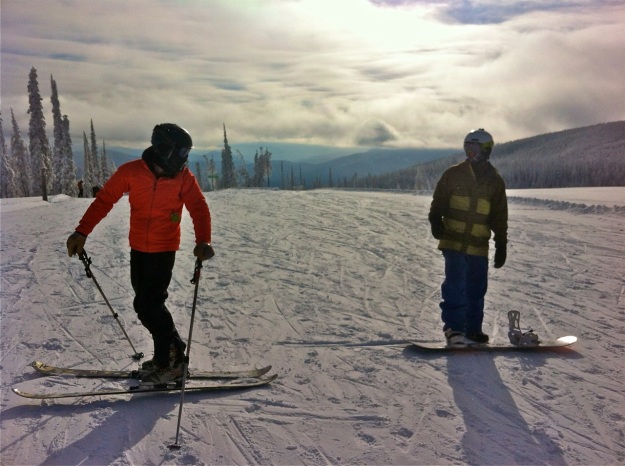 Is this really happening on a Thursday?

I finished off the week with a rad day in Big Fork, MT with my good friend and AERO support Jeffrey Funk. I wrote more here about one of his workshops in 2012, but this year the group was smaller, and the project a little more complicated. I may never actually get any better only practicing once a year, but hammering some iron sure is a lot of fun. 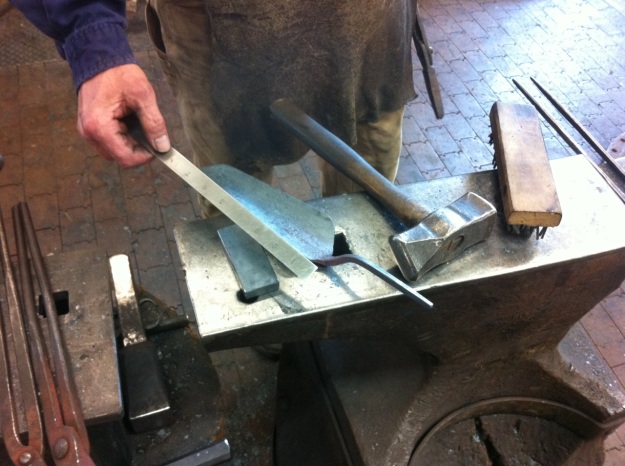 We each turned the small block on the left into the garden trowel on the right.

Oh yeah, and sunset at Jeff & Betsy’s is not to be missed: 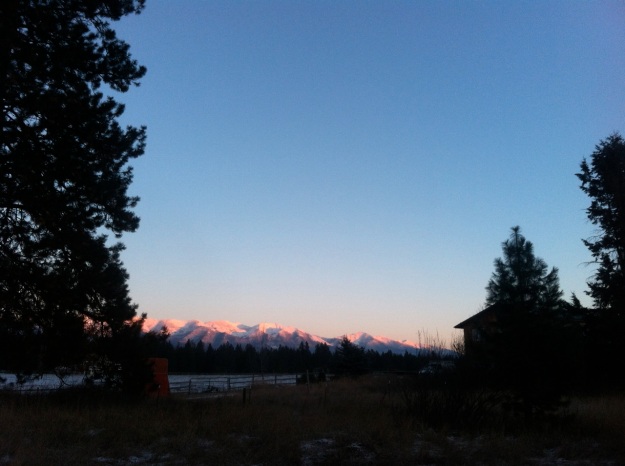 I’m thankful to write this. I’m thankful somewhere in the week, I really enjoyed this TED Talk on gratitude. I’m especially thankful my life is full of so many awesome people. Keep your eyes wide open. Stop. Look for things to be thankful for. Then go- with the action that is inspired by your gratitude.