I haven’t been going this hard in a long time. June was gone before I blinked.

Thankfully, between moving house, playing a lot of cello, and two amazing weddings, I actually got in a lot of great climbing.

The first weekend of June I knew that Blodgett Canyon was dry, and I’ve been eager to get after the big granite crack there since I first moved here. Mel, Simon, and I racked up and had a beautiful day on the Drip Buttress (5p, 5.9+) route. It was a perfect start to crack climbing season, as well as a beautiful day out. Tech notes: do it in 3 pitches instead of 5, and there is a really well set rappel before you cross the death slabs into the descent gully- taking it makes the descent much nicer. Look for the red slings on the second rap station. 2 ropes required. 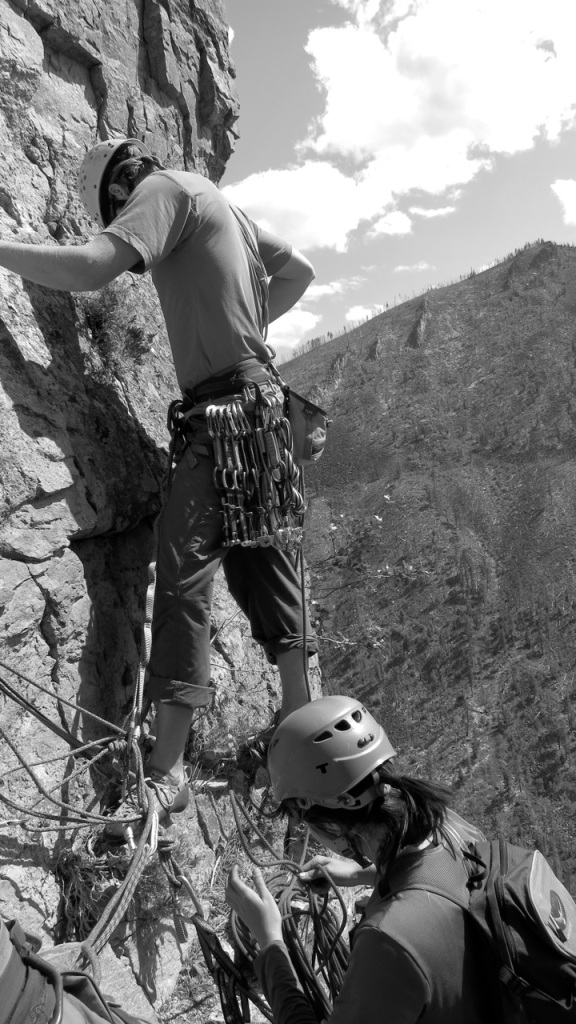 The next weekend was Simon’s birthday, and the only thing he wanted was Lost Horse… well and BBQ ribs. We did both in good style despite a little rain.

Jack gets the high step.

The first time Simon and I climbed together was in Lost Horse, and we discovered that the bouldering is actually just as good as the route climbing. We rallied a crew and some pads, and made a party of it.

Simon might be one of the most joyful people I know, and being around him always picks me up.

We never did stick this one… but Simon sure looks good, damn!

The third weekend I headed to Moab for the wedding of two dear friends from Alaska. They rented a house in the foothills of the La Sal mountains and filled it with hilarious, wonderful people. While I was honestly most excited to see Drew & Lindzey get hitched, I wasn’t about to drive 800 miles into Red Rock country without a rope and a rack.

Shoving your digits into a sharp sandstone crack a few hours before playing cello for a wedding might not actually be the best idea, but I’m really glad I got to meet Nate and send a few cool pitches on Wall Street before the festivities. 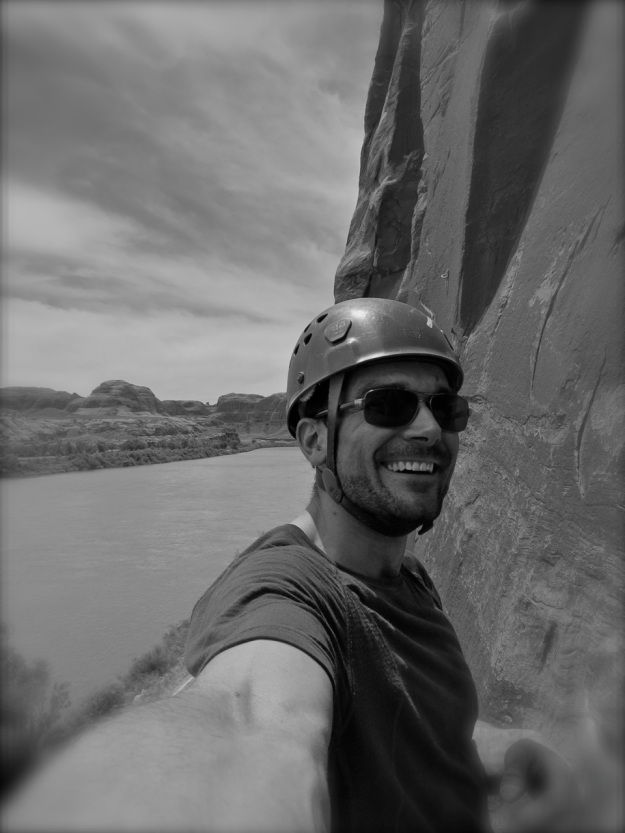 I also got out for a good bit of mountain running in the La Sals. I was here 3 years ago and promised I would come back to explore. I wasn’t disappointed.

After a healthy party, I headed back to Missoula, jumped into work, and jumped into another wedding for two other wonderful people. Steph and Noah invited everyone to Glacier for their big deal, and I was more than happy to bring a cello again. The weather didn’t exactly cooperate, but we had a grand time anyways. Again on wedding morning I snuck out for a run up Oussle Peak, but instead of beautiful vistas, I quickly found myself in the clouds.

After more responsible festivities than the previous weekend, I made it home for a few pitches in Lolo with Tess, Michael, Sarah, and my new roommate Cristine.

If you’re climbing at Braxton Rock, know that there are bolts, and a few pieces of gear really go a long way…

Well. Dang. That’s a lot of climbing pictures. It was a good month and July already looks just as good. Email me for beta or route specific information. Climb safe.