The common joke goes “How do you eat an elephant?”
“One bite at a time.”

According to GlobeFeed it is approximately 5,080 miles by road from Bogota, Colombia to Puntas Arenas, Chile. The number feels like an elephant to me, but tomorrow I take my first bite. I’ve got a map, a functioning alcohol stove, and a good feeling in my gut. To start, I’m taking a more remote, scenic, and hopefully safer route (it also happens to be shorter!) down the east side of the Cordillera Occidental mountains to a city called Neiva. Hopefully I can camp in the Tatacoa Desert (reported to be one of the best places for stargazing in the world), relax in some hot springs in Rivera, and see the UNESCO world heritage site in San Agustin. If that sounds awesome, you have no clue how excited I am to go do it.

The past two days in Bogota have seen my confidence rise- I’m using basic Spanish, feeling comfortable in the city, and enjoying good company. Yesterday I spent the morning studying Spanish and taking it easy after the weekend adventure. Then in the afternoon I discovered that I enjoy the city much more when I am on foot rather than on bicycle- I just didn’t think I was going to get run-over all the time (amazing!). 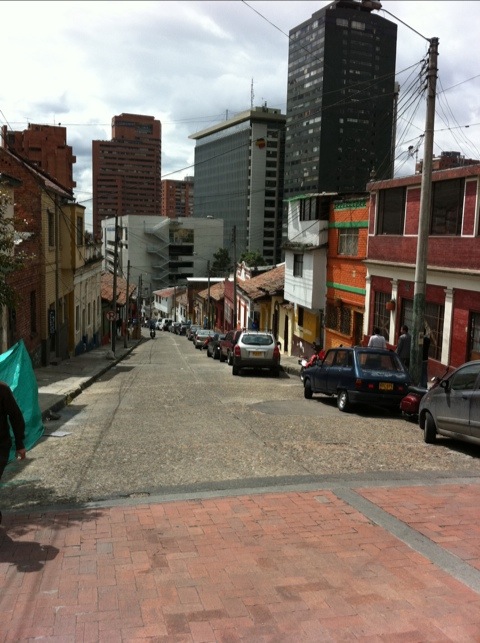 (Just out for a stroll)
I walked for about 4 hours, saw the National Capital buildings and most of the Candelaria, and then hunted down some extra bike tubes in the gritty market district. While not 700x32c, they are 27″x1.25″, which will be more than enough when I blow an inner tube in the middle of nowhere (FYI, I’m carrying four spare tubes, a dozen patches, and an extra tire- booyah).

(This Bolivar guy is big with the pigeons) 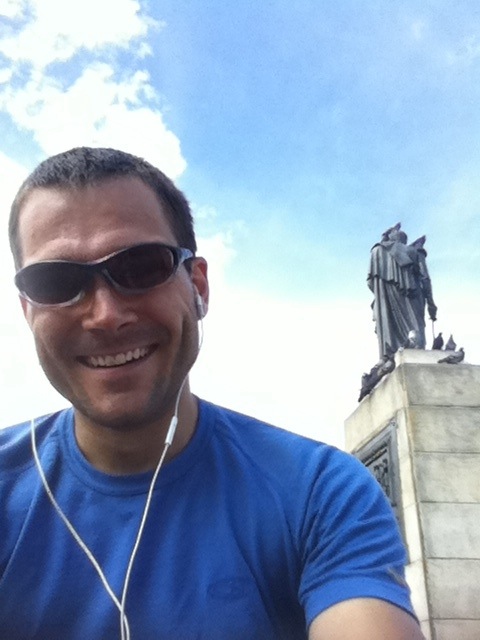 (Yours truly with Mr. Bolivar) 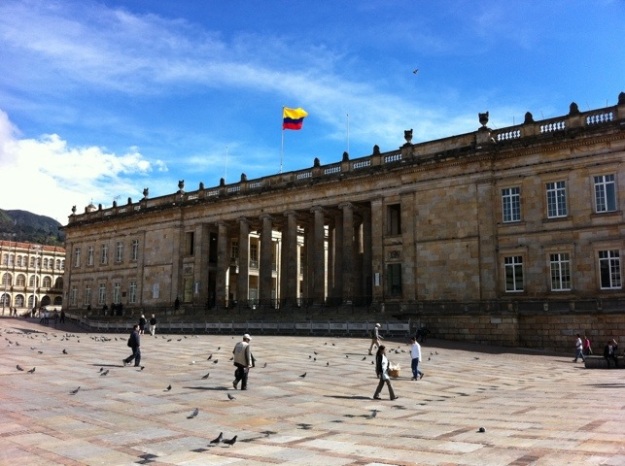 (The National Assembly building at Bolivar Square)
Today Richard and I got up early for a mega hike up the hills just west of the city. Truly beautiful, truly amazing. We had heard reports of robbers on the trail, so we packed almost nothing, but I insisted on bringing my camera. We didn’t have any trouble, and I was very happy to have photos of our destination.
Due to computing and photo issues I only have a few photos to share today, but I’m happy to announce that I’ve got my primary online photo dump set up here:
Skander’s South America Photo Dump

These are mostly out of order and uncaptioned, but picasaweb is the best way right now for me to share and backup ALL the photos I’m taking. Enjoy!

Most importantly I gotta give a huge shout out to Richard, Richard2, Daniel, Andreas, Edward, and Laurie for hosting me in an amazing place to crash the past few days. The support has been essential. Double thanks to Richard1 for being an awesome adventure partner. Thank you all so much!

3 thoughts on “How to Eat an Elephant”